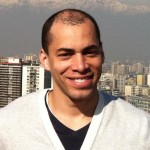 O
Online courses offer a fantastic opportunity for anyone looking to make money online. Forbes Magazine projects the online learning industry to reach $325 Billion by 2025, making it one of the fast-growing online business categories.

With the proliferation course marketplaces like Udemy and Skillshare, and software platforms like Thinkific, its never been easier for anyone to turn their knowledge into an online course.

However many course owners struggle to figure out how to promote their course, drive traffic to their website, and convert visitors into sales. After putting in long hours recording videos and producing course material, new course authors often discover that they have no idea how to actually market or sell their course online.

Enter Noah Kagan, founder of AppSumo and Sumo.com. Prior to starting AppSumo, Noah led growth at Facebook, joining the company as employee #30. After Facebook, Noah went on to become the Marketing Director at Mint, helping them grow from zero to 1 Million users before the company was sold to Intuit for $170 Million. Needless to say, when it comes to marketing and growth, Noah really knows his stuff.

On a recent episode of Noah’s podcast “Noah Kagan Presents,” Noah breaks down 22 things that he and his team did to sell $1 Million of their online course “Monthly1K: How to Make a $1,000 a Month Business.” You can listen to the full podcast here:

The Monthly1K course was designed to teach aspiring entrepreneurs how to make their first $1000 in a brand new business. It was catered toward people who wanted to own a business but weren’t yet sure how to get started. Noah set a goal to reach $1 Million in sales with the course, which meant that his team had to put a lot of effort into marketing and advertising to reach that lofty sales number.

Here are the 22 exact things they did to achieve $1 Million in sales for their course:

Before launching the course, Noah knew that he need to be able to prove to prospects that he could deliver on the promise of helping anyone to start a $1000/month business. Noah decided to prove this by starting a brand new business from scratch. They created a new business called “Sumo Jerky” and within 24 hours they had sold $3000 worth of beef jerky and wrote up a case study explaining how they did it. This ended up driving a ton of sales because it proved that the methods that they were teaching in the course really worked. Noah says this was the #1 sales driver for the course.

The team ran ads on Facebook to drive traffic to their landing pages. The ads themselves weren’t too fancy. They simply targeted people with interests related to their niche (e.g. “Tim Ferris”) and then ran re-targeting ads to people who visited the site. The ads used messages like “Kill your inner wantrapreneur” or “Start a business for the price of a cup of coffee” or “Build your $1000/month business today.”

Noah recommends building some sort of free microsite that drives traffic back to the main course. For Monthly1K, they built a microsite called “How I made my first dollar” where people could post about how they made the first dollar in their business and then link to their respective businesses. Besides driving traffic, this also created a lot of social proof around student success.

Very few visitors will buy on their first visit, so its essential to have an email drip series to follow up with potential prospects. Their drip series was pretty simple:

There’s never a “good” time to buy a course, so you have to do something to force people off the fence. To spur prospect to take action, Noah’s team limited the number of sales each month to a number between 100-300. Once it hit the limit for the month, people were added to a waiting list for the following month.

Important: Make sure your urgency is real, not fake. If you put in a monthly limit, make sure you stick to it (you can always raise the limit for the following month).

They would send out reminders about the course to their list at least once a month. Noah was always surprised to find people who had been on their list for months would suddenly buy 8 or 9 months later.

Bonus Tip: Send non-openers (people who don’t open the first email) the same email a few days later with a new subject line. This is an easy way to boost open rates for your key emails.

“Online marketing is not magic – its not going to sell your course instantly. Really focus offline on making sure that people are getting the results and success of your course.”Noah Kagan

They created a bonus where people who bought the course could come and hang out work with them for a day.

People have a lot of questions. Live chat lets you act like a sales person and answer questions in real-time.

Bonus Tip: When engaging in Live Chat with prospects try to capture the words that people use describe your product. This is a gold mine for developing copy that you can use in your marketing.

Showing prospects people who are similar to themselves helps to convince them they can get similar results. People believe case studies way more than any sales pitch you can give them. You can’t do enough case studies. Try to do some every month if you can.

Noah says they didn’t just let people cancel. Instead they made people explain why they wanted to cancel, and then made a huge effort to try to help them out as much as possible.

Noah hosted an AMA (“Ask Me Anything”) on Reddit where he answered a bunch of questions and gave away a ton of free info. Noah says if you give away lots of good info for free, people will still buy the course for structure and accountability.

If you can’t do this on Reddit, you can try hosting a Q&A in a Facebook group.

This is basically a smaller version of the conference with just a handful of people. One of first things they did when they initially launched the course was to spend a whole day working with six people who were starting a business. This let them do a deep dive into the problems students were facing and helped them to improve the structure and material of the course.

One of the big things that discovered was that people often failed to follow through, so they decided to build more accountability into the course itself.

Noah says he did every guest post or podcast he was asked for (not clear how many).

#15 Build public sharing into the course

One of the big things they did to drive growth was to build in ways for customers to publicly share their results at key points in the course. This helped to drive referrals/word of mouth from existing customers and also created lots of social proof around customer’s success. Try to figure out if there are points in your course where it makes sense for students to invite others or share what they are doing publicly.

Noah says most A/B tests don’t work, but sometimes small changes can make a huge difference. Changing the name of the course from “How to Make Your First Dollar” to Monthly1K: How to Make a $1,000 a Month Business” DOUBLED their conversion rate.

The other big win they got from A/B testing was reorganizing their landing page around answering the most common questions and objections that their heard from Live Chat with prospects.

They paid 50% to affiliate partners who referred sales.

When Noah was on podcasts or doing guest posts, he would engage readers/listeners by including a specific challenge like “If you do X within 30 days I’ll personally give you something.”

The best example of this is at the end of the podcast: He challenges people to do one thing on this list and then email him to receive a fifteen minute call talking with them about their business.

If you are buying ads on Facebook, Google, or any of the big ad networks, you are going to have to pay market rate for advertising. Noah says looking for opportunities to advertise where there is little or no competition can get you much better ad rates.

One niche opportunity they found that worked great was paying to sponsor email newsletters.

#20 Have A Clear Sales Goal

Instead of sending traffic directly to a sales page, send ad traffic to a landing page with an email optin that puts prospects into your sales funnel. They sent their ad traffic to landing pages that said “How to Make A $1000 month Business” that signed people up for an eBook or welcome email series.

After they started getting students, they revised the course to optimize the number of people successfully completing the course. To do this, they went through the course and identified the points where most students were dropping off and then changed or deleted material to improve their course completion rates.

They figured that if people finished the course and got great results they would tell their friends. Noah says this really worked and was a major factor in the success of the course.

Which of these tips are you most likely to add to your current marketing efforts? Leave a comment below letting us know which one you are most excited to try.

Want to generate more customer proof for your online course? Apply for a UserVox beta account and start collecting feedback and testimonials from your customers today.